The renowned tradition of choral singing in worship at All Saints is a glorious source of music of remarkable beauty and spirituality.

The offering of choral music at the High Mass and Evensong each Sunday draws from a rich repertoire of settings by composers from the 16th century up to the present day. This embraces works by Mozart, Beethoven, Bruckner, Purcell, Bairstow, Dyson, Harwood, Jackson, Mathias, Tavener, and many more.

The music at All Saints has its origins in the revival of traditional liturgical worship within the Church of England from the mid-19th century. A choir school was established at the church in 1843, which provided music for daily choral services. The choir was widely recognised for its excellence, and choristers sang at the coronations of Edward VII, George V and VI, and Elizabeth II, as well as at Victoria’s Jubilees. Among its alumni was Laurence Olivier. The school closed in 1968, at which point the boys’ voices were replaced by sopranos.

All Saints’ organ is a superb four-manual Harrison and Harrison instrument with 66 speaking stops, built in 1910 to a specification drawn up by Walter Vale. It retains the best of the pipe work of its predecessor, the original and considerably smaller Hill organ. Harrison rebuilt it in 1957, replacing the tubular pneumatic action with electro-pneumatic. Electrical blowers replaced the hydraulic blowing plant.

The tonal changes made to 10 stops in 1957 – like those made to many other organs at that time – altered the tone of the instrument, to a very limited extent, to a more ‘classical’ sound. Therefore, when the organ next required major restoration work in 2003, the decision was taken to try to restore the sound nearer to that of 1910: to return it to an ‘Edwardian Romantic’ organ.

All Saints has an important link to Rachmaninov: Vale arranged Rachmaninov’s Mass with English words, which the composer came to hear twice, in 1915 and 1923, declaring himself pleased with the result. It is still sung on Palm Sunday.

The present-day professional choir maintains the exacting standards of its predecessors, and is now led by the Director of Music Stephen Farr. 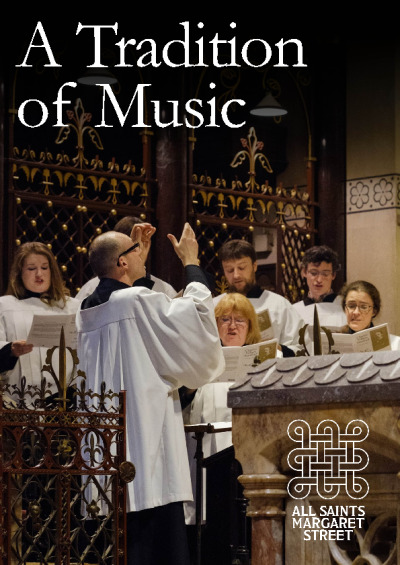 A Tradition of Music